Beneath the planet of the apes
(Blu-ray) 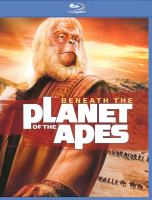